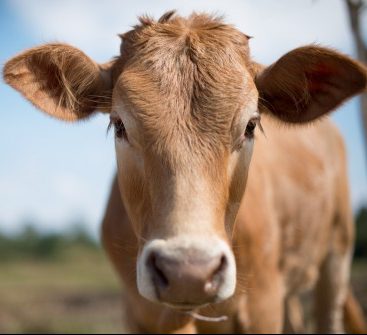 The government has proposed a new bill through the Food Crops Regulations 2018 which if passed by parliament will make it illegal for farmers to use animal manure in food production. This will do more harm than good in a country where people are dying of hunger as we try to increase food production in order to sustain ourselves.

Regulation 30 (1) and (2) of the bill which was drafted by the Cabinet Secretary Agriculture, county governments and the Agriculture and Food Authority states that a grower shall not use raw animal manure for the production of food crops. Instead, growers shall only use chemical fertilizers at rates recommended by the respective County Government.

Any farmer who fails to adhere to the rules or blocks an inspector from accessing his/her farm is liable to a fine of three million shillings or a jail term of three years if the regulations are approved.

In Nandi where I hail from for instance, more than 70 percent of farmers use animal manure in crop production as a result of mixed farming and as such the rules may hamper yields, reduce income and demoralize farmers.

Animal manure contains most elements required for plant growth including Nitrogen, Phosphorus, Potassium and micronutrients. Besides adding organic matter into the soil it improves the structure, aeration and helps the soil hold water.

For smallholder farmers keeping animals and growing crops, manure is readily available for use in the farm at no cost while fertilizer prices are controlled by the state.

The government through the National Cereals and Produce Board has been distributing subsidized fertilizer to farmers in Kenya’s bread baskets of North Rift and Western Kenya but the quantity is low and demand high. This means that farmers have to combine manure and fertilizer at planting while others incur more costs buying at market rates.

The government therefore cannot meet the demand for chemical fertilisers required by farmers to maximize and increase crop yields.

Curbing use of animal manure also means farmers will have to dump them and the product will go to waste.

As a farmer, I have witnessed the benefits of manure application in increasing my crop traditional vegetable yields by 40 per cent. One of the challenges in using farm yard manure is that it takes long to decompose thereby releasing nutrients slowly into the soil.

Research by government organizations such as KALRO have revealed that combining manure and synthetic fertilisers doubles maize and bean yields while the Kenya Institute of Public Policy and Research in its proposal dubbed Organic Farming Potential and Benefits in Kenya envisions organic farming as a game changer for the country’s agriculture.

By banning manure use, the government therefore contradicts itself as it tries to guide the promotion, development and regulation of food crops.

Let’s say we pass the regulation against the use of manure, will the government of Kenya have enough lorries across Kenya to collect the waste and properly dispose it of? Or do they have a new technology, which we have not heard of, that can immediately collect cow dung once excreted in order to prevent it from being disposed of in farms?

One way I can think of is to have a common livestock toilet in each village then have the government collect animal manure every week. The Ministry of Agriculture may need to form a manure department to handle it headed by a Director in Charge of manure.